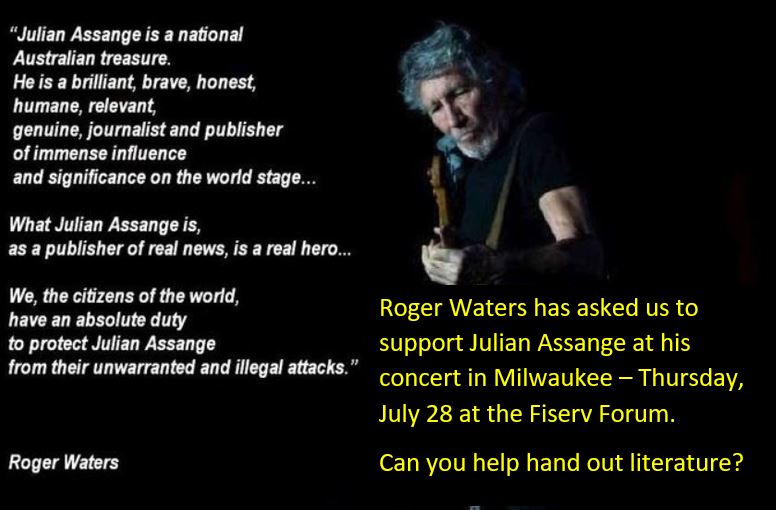 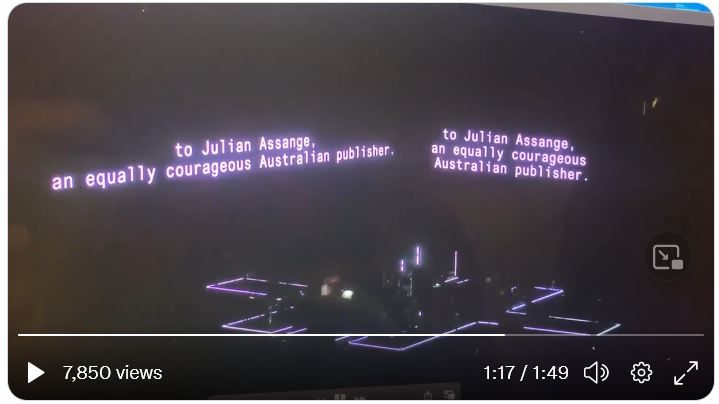 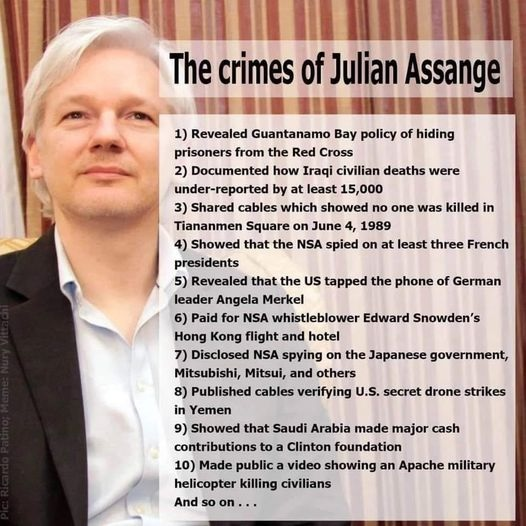 British Home Secretary Priti Patel has approved Julian Assange’s extradition order, paving the way to send him to the US where he is indicted on unprecedented charges endangering press freedom, and will most likely spend the rest of his life in solitary confinement.

“It is a sad day for western democracy. The UK’s decision to extradite Julian Assange to the nation that plotted to assassinate him – the nation that wants to imprison him for 175 years for publishing truthful information in the public interest – is an abomination.

We expect the world’s most despised autocrats to persecute journalists, publishers, and whistleblowers. We expect totalitarian regimes to gaslight their people and crack down on those who challenge the government. Shouldn’t we expect western democracies to behave better?”

Noam Chomsky: “Julian Assange shouldn’t be the subject of a grand jury hearing, he should be given a medal. He’s contributing to democracy.”

Alice Walker: “Years from now people will say: Oh, if only I had known what we were losing when they abused this decent and courageous man! I would have done something!”

Daniel Ellsberg: “The declaration of war came today. This is a historic day, and a very challenging one for American democracy.” “The Beginning of the End for Press Freedom.”

Video: Roger Waters Speaks on Julian Assange on Tucker Carlson, said to be the most watched news program in the US.

As you may know, the U.S. government under the Obama and Trump Administrations, and now the Biden Administration has been seeking revenge against Julian Assange. This is for revealing criminal activity by the government that it tried to keep secret and cover-up. Examples are U.S. military personnel purposely killing innocent civilians in Iraq and Afghanistan and illegally interfering in country after country.

Assange is now in the notoriously harsh British high-security Belmarsh prison as the U.S. tries to extradite him to face a trial with a possible sentence of life in jail. This is at the same time that the U.S. government has had Venezuelan diplomat Alex Saab kidnapped and held a U.S. jail for helping to get food, medicine and needed fuel to Venezuela in violation of the illegal U.S. sanctions against Venezuela.

United Nations Special Rapporteur on Torture Nils Melzer wrote in a Twitter post that the “U.K. is literally torturing him to death.”

Assange has now been in confinement since June 2012. At that time the government of Ecuador, under the presidency of Rafael Correa, agreed that there was an unwarranted threat of extradition of Assange and gave him refuge in the Ecuadorian Embassy in London. This violated a bail bond that was posted for Assange in relation to an extradition hearing, and the British government declared they would arrest him if he stepped foot out of the Embassy. So he stayed inside there for seven years.

In April 2019, the new pro-U.S. president elected in Ecuador evicted Assange. Assange was then arrested by the British government under the excuse that he had breached his bail, and he was sent to Belmarsh. He has been there ever since under the rationale that he had to answer the charges for extradition, and he was a flight risk.

Assange was charged under the U.S. Espionage Act of 1917 which allows prosecution of anyone who “receives” or “retains” or “possesses national defense information.” The Espionage Act makes it a crime to “utter, print, write, or publish any disloyal, profane, scurrilous, or abusive language about the form of the Government of the United States.” Assange was also hit with 16 other criminal charges. A guilty verdict could bring up to 175 years in jail.

He has been in solitary confinement while the Assange Defense Committee lawyers have entered appeal after appeal of the British judiciary rulings to allow the extradition to the U.S. That is where his case is now, under appeals that could last for years. Assange Defense co-chair Daniel Ellsberg, the legendary Pentagon Papers whistleblower, in his extensive 30-minute interview to ABC Australia, argued that the Australian government must step up and advocate for Julian’s freedom.