Car & Bike Caravan to Support Cuban and All Latino Families 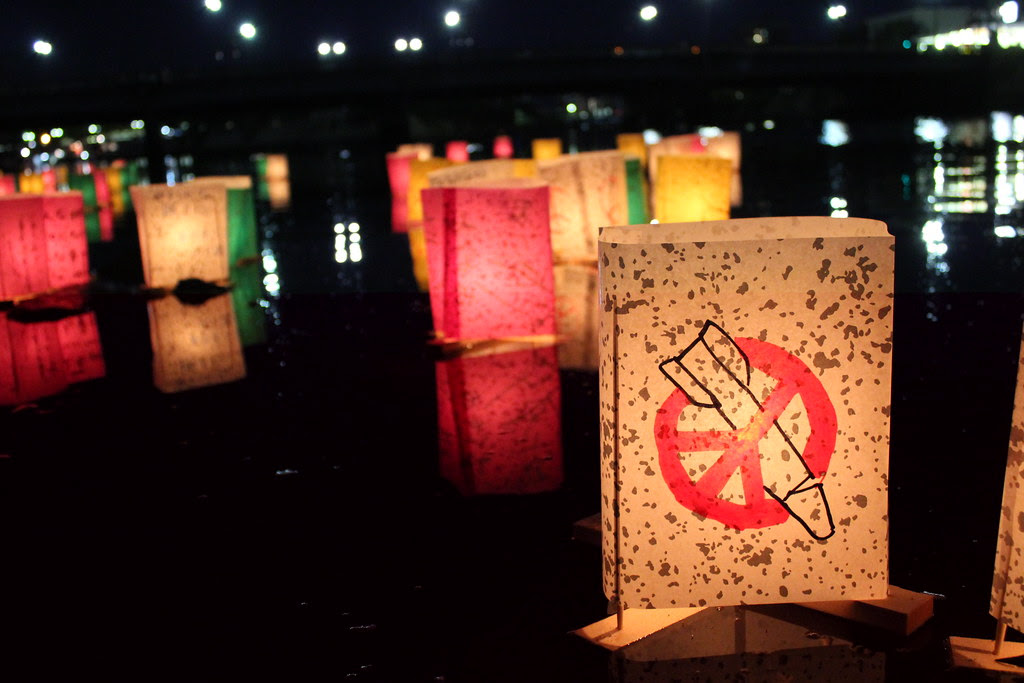 Remembering Hiroshima and Nagasaki-Lanterns for Peace

Please join Peace Action of Wisconsin for a candlelight vigil along Milwaukee’s Lincoln Memorial Drive, near the Bradford Beach Pedestrian Bridge. We will commemorate the 76th anniversary of the atomic bombings of Hiroshima and Nagasaki and renew our commitment to a world free from nuclear weapons.

Free parking and distribution of lanterns, signs and banners in the parking lot across from Bradford Beach. Additional parking available in the North Point lot south of the beach.

Special peace masks will be available for sale.

Co-sponsored and endorsed by the End the Wars Coalition and a number of other local peace & justice organizations.

The United States must Establish a No First Use Policy 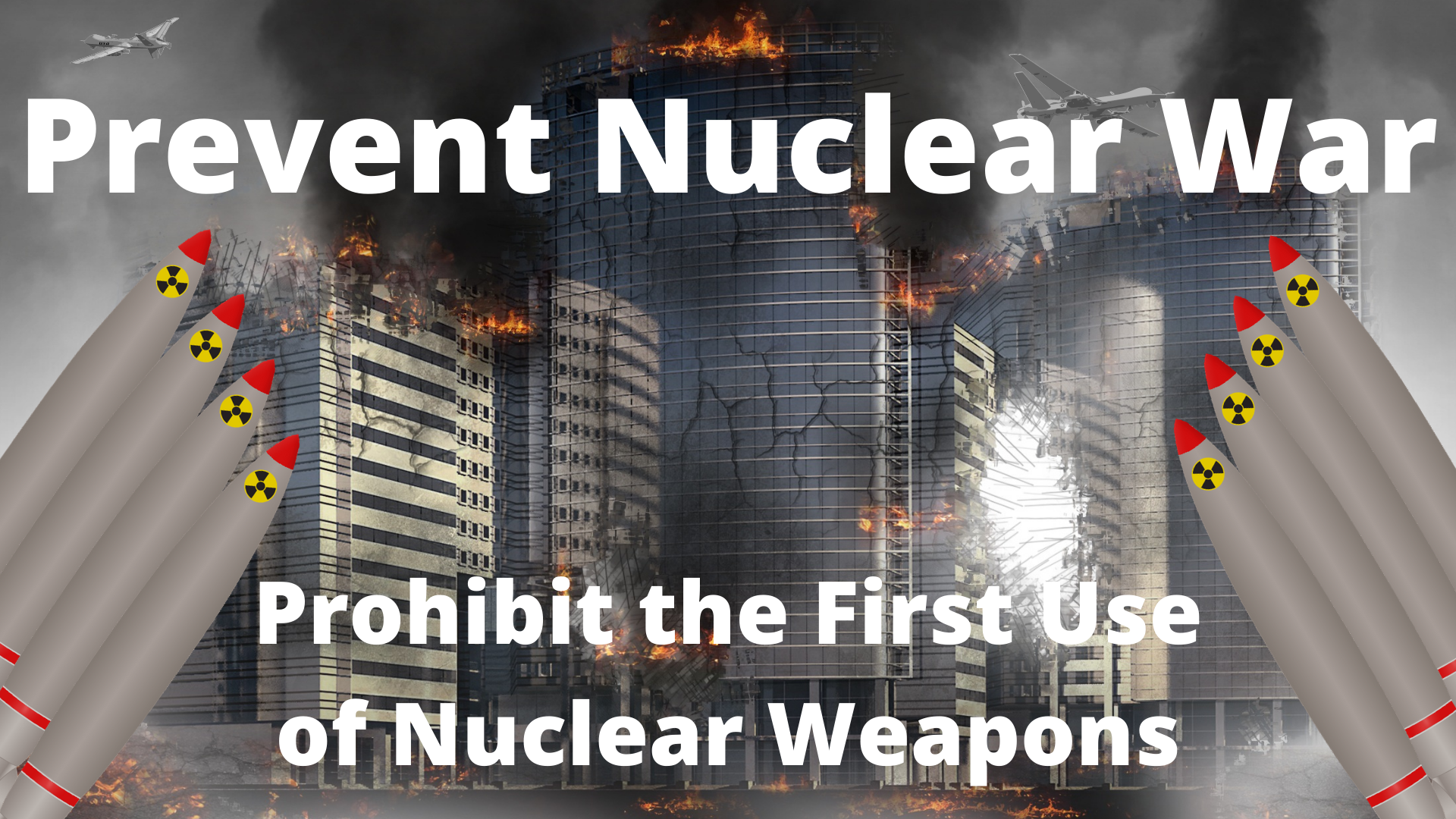 A nuclear exchange between the US and Russia would incinerate hundreds of millions of people immediately, and lead to a Nuclear Winter which would slaughter an estimated 7 billion of the Earth's 7.7 billion people, mostly through starvation.  A U.S. nuclear strike against China would result in a similar catastrophe.

Call on President Biden, Secretary of State Blinken, Secretary of Defense Austin, and your representatives in Congress, to put in place a policy of No First Use of nuclear weapons as an important step to prevent nuclear war.

Seychelles just became the 55th country to ratify the Treaty on the Prohibition of Nuclear Weapons. 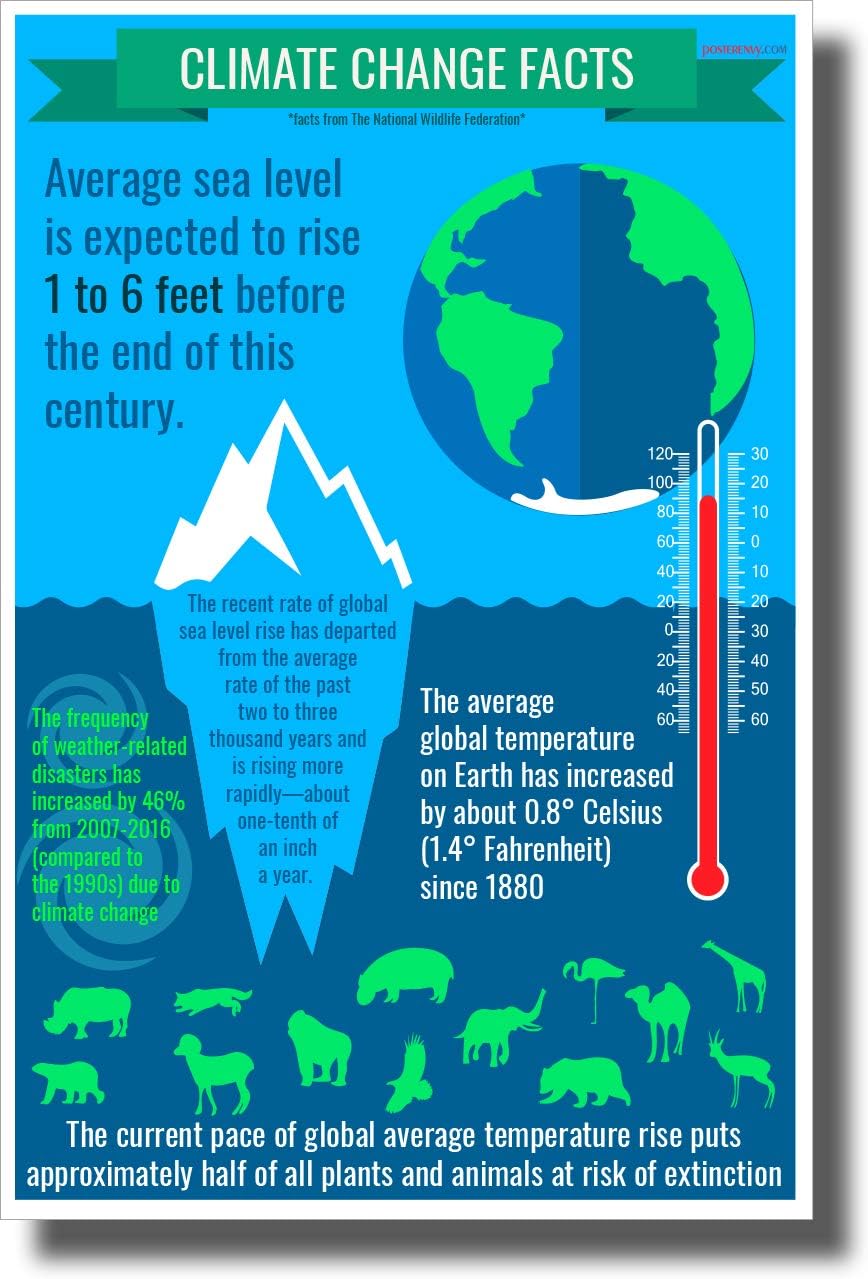 Stand for a Livable Climate, Fridays for the Future,  Noon to 1 PM

Wells Fargo and Chase have over $60 Billion each in fossil fuel investments.

DIVEST FROM FOSSIL FUELS! STOP THE DIRTY OIL PIPELINES! Save our Environment and stop climate change!

How Congress can advance peace with North Korea

Although the U.S. Special Envoy to North Korea, Sung Kim, declared that the Biden administration is willing to meet “anywhere, anytime without preconditions,” Pyongyang’s response was tepid. Kim Yo-jong, Kim Jong-un’s sister, sharply criticized the Biden administration for believing that North Korea was ready to dialogue, and that such an “expectation … would plunge them into greater disappointment.”

While recognizing that past approaches have failed and committing to honoring the Singapore Agreement, the Biden administration appears to be continuing the failed approach of past administrations to force North Korea to abandon its nuclear weapons using pressure-based tactics. For example, the U.S. held provocative joint military exercises with South Korea this past spring, and Biden signed an executive order upholding sanctions against North Korea.

But achieving the end goal of denuclearization requires addressing mutual security concerns through a peace-first approach. As the Korea Peace Now! campaign outlined in its Path to Peace report, the unresolved state of war is the root cause of tensions and militarism in Korea, so ending the Korean War with a peace agreement must come at the beginning — not the end — of the process.

That’s where Congress comes in. Congress has an important role to play in building the momentum for a peace agreement. Not only can members of Congress apply pressure on the Biden administration, they may ultimately have to ratify a peace agreement.

In the last Congress, Rep. Ro Khanna (D-Calif.) introduced H.Res.152 calling for an end to the Korean War and a peace agreement, which garnered 52 co-sponsors, including a Republican. In the new Congress, Rep. Brad Sherman (D-Calif.), a national security Democrat who serves on the House Foreign Affairs Committee, has introduced H.R.3446, the Peace on the Korean Peninsula Act, which calls for “serious, urgent, diplomatic engagement in pursuit of a binding peace agreement constituting a formal end to the Korean War.” H.R.3446 also calls for establishing liaison offices and lifting the ban on Americans traveling to North Korea.

In addition to Sherman’s bill, hundreds of grassroots activists will urge members of Congress this week to co-sponsor the Enhancing North Korea Humanitarian Assistance Act, H.R.1504/S.690. According to the UN Resident Coordinator for the DPRK, more than 10 million North Koreans are in urgent need of food assistance, nutrition support and improved access to basic services such as healthcare, clean water, sanitation and hygiene.

This situation is being exacerbated by COVID-19 — a pandemic of global inequality. North Korea can hardly be blamed for deciding to close their borders given the fragility of their health care system, which is made more vulnerable by sanctions. When the country reopens, humanitarian aid organizations will need to swiftly move to address multiple crises resulting from the pandemic. Sanctions and travel restrictions should not delay the delivery of vaccinations. The Enhancing North Korea Humanitarian Assistance Act calls for expediting the provision of humanitarian assistance so that life-saving medical care can reach the people who need it most.

Finally, grassroots activists are urging members to co-sponsor H.R.826, the Divided Families Reunification Act, to facilitate the reunion of Korean Americans and their families in North Korea. The fact that mothers and fathers, siblings, aunts and uncles, as well as others have been separated from each other for more than seven decades is one of the most tragic consequences of this unresolved war.

Seventy years is enough. We must end the Korean War because the status quo means more weapons, violence and separation. This doesn’t just impact Koreans but Americans, too. After all, the Korean War inaugurated the U.S. military industrial complex, quadrupled U.S. defense spending and set forth the U.S. as the world’s military police. Ending this longest U.S. war can help reverse America’s long march of militarization, remove the risk of a potentially catastrophic nuclear war and neutralize the great power competition between the U.S. and China. Peace is the only way forward, and with Congress advancing a new U.S. policy on Korea, we may finally see an end to the 71-year Korean War.

Join us for this family friendly event to commemorate the lives lost in the Hiroshima and Nagasaki bombings 76 years ago and make sure that such nuclear attacks never again take place.

Why Safe Skies Clean Water WI is co-sponsoring this event:

The event will be open to the public to attend at Tenney Park outside of the John Wall Family Pavilion and the entire event will be held outdoors. You are welcome to mail in your lantern if you cannot be in attendance.

President Biden: Listen to the world & end the Cuba embargo!

Statement by Alliance for Cuba Engagement and Respect (ACERE)

ACERE condemns the United States’ vote today at the U.N. General Assembly. We call on President Biden to uphold his campaign promise and implement basic, simple and common sense policy changes towards Cuba, particularly while the world continues to grapple with a global pandemic.

There continues to be widespread support across the U.S. for normalized relations with Cuba and an end to punishing, illegal sanctions that continue to inflict harm and poverty on the Cuban people. 80 Members of Congress wrote to Biden in early March calling for immediate action to restore Obama’s policy towards Cuba and move towards ending the embargo. U.S. citizens are passing dozens of citywide resolutions calling for bilateral cooperation; they have raised over $400,000 to send syringes to help Cuba’s vaccination campaign; they are organizing monthly caravans in dozens of cities. Cuban Americans, anxious to help their families back home, have taken the lead in many of these activities.

Today’s vote in the UN sends a clear message to the Biden administration that the world shares the sentiments of a majority of U.S. Americans.

For 29 years, member states of the United Nations have voted on a resolution condemning the U.S. economic, commercial and financial embargo against Cuba. Today, the international community spoke nearly unanimously again, with 184 states against 2 (the United States and Israel). The world community has once again affirmed that this extraterritorial embargo which is effectively an economic blockade is an unjust, cruel and outdated policy that only isolates the United States — not Cuba — from the rest of the world.

Tell Senator Tammy Baldwin that you do not want these F-35 fighter jets in Wisconsin.

For more information about the F-35s, please check out this website: www.safeskiescleanwaterwi.org 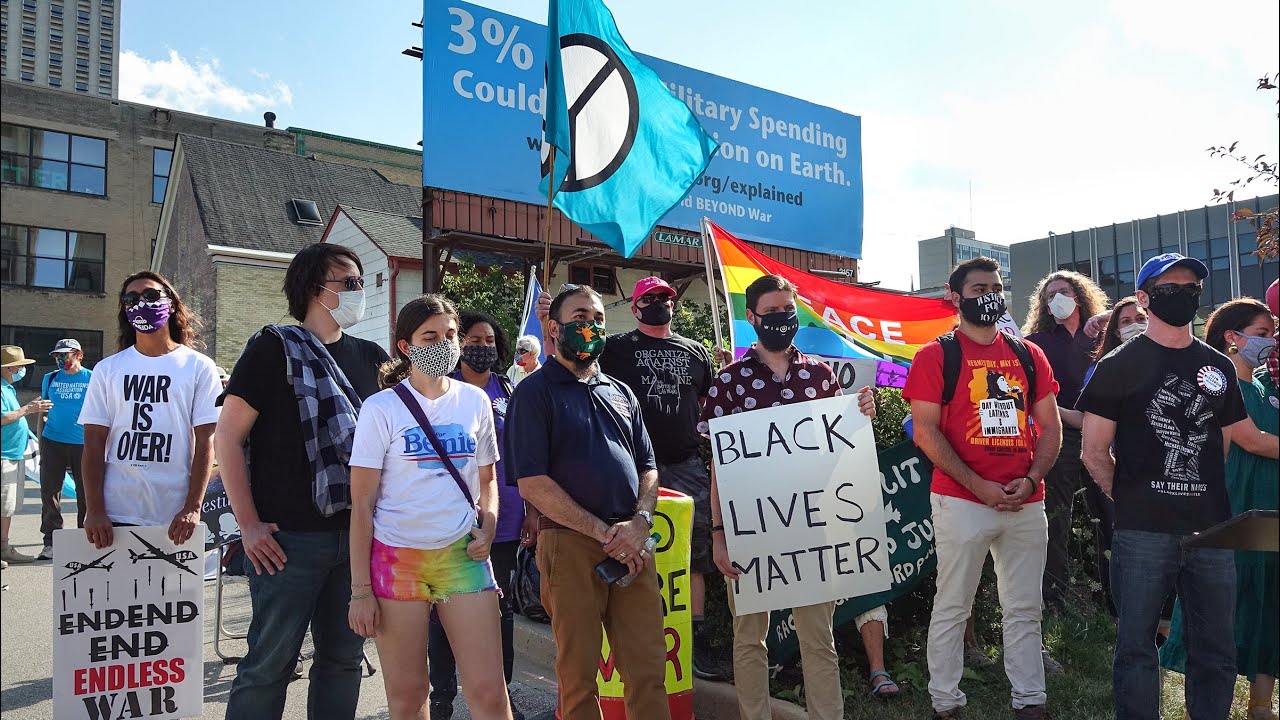 Harvey Taylor- Friends, my video in partnership with Susan Ruggles, 'The Dove Of Peace':