Every time we hear the news, we are struck by the tragic politics of our country’s leaders. This, along with the epidemic of violence, poverty, racism, injustice, environmental destruction and war, is evil and oppressive.

Dr. King stated, “First, non-violence is resistance to evil and oppression. It is a human way to fight back.” 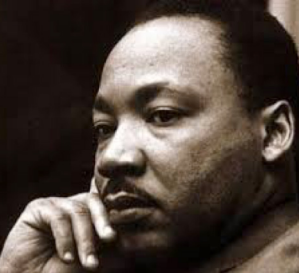 At sixteen, I was ten feet from Dr. Martin Luther King, Jr. when he gave his “I Have a Dream” speech. The problem today is that too much of America is still dreaming.

Today, far too many of us are frustrated with or suffer from the tragic state of our country. Now is the time to fight back politically through nonviolent direct action.

During that same period, there were 30 military wars resulting in uncountable deaths, destruction and enormous financial cost with mixed results. (Per researchers Erica Chenoweth & Maria J. Stephan in their book, ‘Why Civil Resistance Works”.)

When serving as a Fellow at the Marquette U. Center for Peacemaking, our student peace studies group focused on the Eastern European countries of Latvia, Estonia, Yugoslavia and especially Poland whose nonviolent change of governments helped win the Cold War. In Poland, in the 70’s, the Workers Movement used a diversity of tactics. In the 80’s, key organizers, like Lech Walesa, Nobel Peace Prize Winner, read Gandhi and King. They decided to use non-violent civil disobedience that brought about a democratic government.

The Arab Spring of revolutions in six countries began in Tunisia in 2010. Tunisia was the only Arab Spring country to have a completely nonviolent revolution and the only one that maintains its democracy today. Julie Enslow and I have worked there twice in World Social Forums, witnessing Tunisians’ pride in their progressive democracy.

A 21st Century Movement for peace and social change has to be disciplined and nonviolent, allowing a new society to emerge.

The definition of an activist is one who campaigns for political or social change. The role of an activist is to move the public to affect the politicians. Our tools are education, lobbying and public witness – direct action. Direct action educates the public by raising-up the issues for lobbying, defining political candidates’ positions and voting for the change we need.

Early this October, I trained dozens of fast- food workers from the Fight for $15/hr movement in the culture and discipline of nonviolent civil disobedience. Based upon Dr. Martin Luther King’s philosophy and practice of nonviolence, we all committed to King’s

Covenant of Nonviolence that he used in the 1963 Birmingham, Alabama Campaign.

Forming an affinity group in support of each other and the points of unity, we trained in the components of risking arrest, discussed the arrest process and legal ramifications with attorneys, and practiced being handled and handcuffed tightly with zip ties by police. We were ready in our culture of peace.

At high noon, October 3, 2018, over a hundred underpaid, fast food workers, their families, union supporters, and community members marched on the 9th and North Ave. McDonald’s to demand a $15/hr minimum wage. We blocked the drive-through with cars and the main entrance with our bodies.

Rallying at the main door in front of local television and radio, fast-food workers testified as to their struggles with not only minimum wage but also health care, work injuries, sexual harassment and lack of promotion especially into management.

As reported in the Journal Sentinel and USA Today, police arrived shortly after the shutdown and a sergeant approached one of the protest organizers.

“The ‘Man’ has closed it down,” a sergeant said, referring to the restaurant management. “You guys are peaceful enough. We’re good.”

The officers then left. This was a different day and we weren’t done.

As planned to increase the public’s attention and resultant education, we peacefully took the street. Blocking traffic safely, we sat in the street, arms-locked, continuing our statement. This sparked the return of the police who arrested 23 of us, cooperatively and without violence.

The resultant television, statewide Journal Sentinel, USA Today and social media from this nonviolent civil disobedience was huge in educating the public to affect the McDonalds Corporation, its franchises and the politicians toward real change.

This nonviolent civil disobedience was well worth the hours of training, the pain of the zip tie- handcuffs, the up to five hours in jail and a ticket for obstructing traffic. It was part of the growing efforts for nonviolent social change globally.

On King’s Holiday, the Dr. Martin Luther King Jr. Justice Coalition will honor those in our community who have “Gone to Jail for Justice.” The Coalition, which includes Peace Action of WI, will be recognizing those arrested from the Fight for $15/hr, the Poor Peoples Campaign, Voces de la Frontera, the Milwaukee 14, School of the Americas Watch, the Catholic Workers Peace Action of WI, student groups and others in the community. 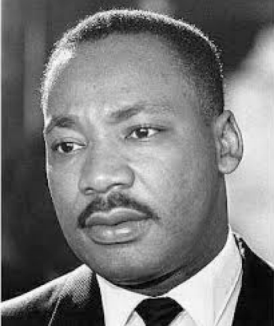 Peace Action of WI, beginning in February, will be hosting a monthly study program, “Engage”, for learning, practicing, and experimenting with the power of creative nonviolence in the Kingian Way. Watch our Google Calendar or Facebook page for updates: Peace Action Events