We have recently witnessed some remarkable steps toward peace by the two Koreas, including a joint declaration for an official end to the Korean War and the beginning of negotiating a peace treaty. And President Kim has been invited to visit Seoul in South Korea in the near future, an historic first.

While the US media and government demonize North Korean Chairman Kim and obsess over “denuclearization,” they ignore the other elements of the Singapore Summit. Just as prominent were provisions that committed the U.S. to provide security guarantees to North Korea, the establishment of new U.S.-DPRK relations, and building a lasting peace on the Korean Peninsula. Also, the call was for denuclearization of the entire Korean Peninsula, not just the North. That means that the US needs to pull back its nuclear threat to the North. 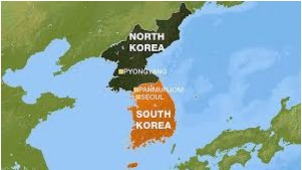 Continuing harsh sanctions against the North is not a constructive move to reward the progress that is being made. The Trump administration should be doing everything it possibly can to empower both countries to achieve success and the Democratic Party needs to support these efforts for peace on the Korean Peninsula.