Where Will Biden Get the Money?-David Swanson - World Beyond War

Where Will Biden Get the Money? 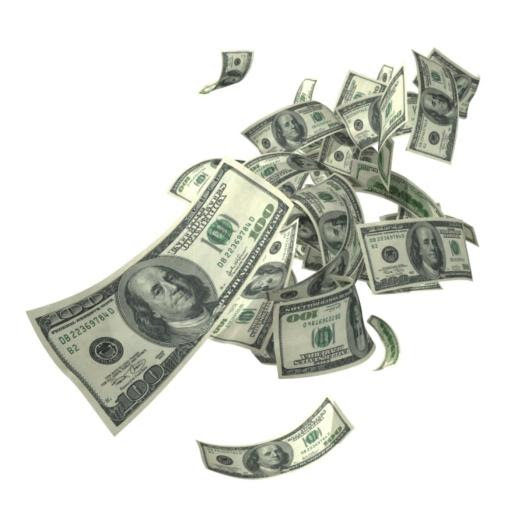 “But where will you get the money?” is usually a right-wing question, completely forbidden during all discussions of the military and corporate bailouts and fossil-fuel subsidies and prison-building rampages, yet somehow immediately front-and-center with the pretense that it was always there whenever something good is proposed. “We have always been at war with East-Asia, er, with the Deficit.”

Biden’s new spending proposal (details here, rhetoric here) involves $1.9 trillion in immediate new spending. One of its best parts, the achievement of endless activism by working people, costs the U.S. government approximately $0. It’s the partial restoration of lost value to the minimum wage, moving it to $15 per hour. Other major parts cost money much or all of which wouldn’t be needed if the U.S. government would join those many nations that have relatively successful healthcare systems that cost less by eliminating the insurance profiteers. Single-payer / Medicare For All / several-other-names-that-won’t-make-it-happen-through-the-magic-power-of-naming, is as critical a demand as that for a $15 minimum wage, but still a work in progress.

Biden proposes, not monthly $2000 checks, but one-time $1400 checks, plus major spending on vaccinations, nutrition, rental assistance, businesses, first-responders, childcare, etc. His plan could be better in many ways. But I suspect a lot of people are just happy it says nothing of banning Muslims or walling off Mexicans or putting children in cages or inciting thugs to beat-up protesters and promising to pay their legal bills. The I’m-Not-Trump glow is at full-charge. But the Howyagonnapayforit chorus is inhaling, getting ready to sing.

Biden’s plan says nothing about how to pay for it. His speech says this: “And where we are making permanent investments as I said on the campaign, we will pay for them by making sure that everyone pays their fair share in taxes. We can do it without punishing anyone by closing tax loopholes for companies that ship American jobs overseas or that allow American companies to pay zero in federal income taxes.”

So, how will he propose to pay for the bits of his plan that are not “permanent investments”? How many years of “permanent” closing of this particular tax loophole will it take to pay for the bits that are “permanent investments”? How will the U.S. government pay for other big spending needs during those years? What about raising taxes on the mega-wealthy in general, as also promised “on the campaign”? The fact is that, though it goes unmentioned in his plan and in his speech, what the Biden campaign is telling journalists who ask for details is that they’ll just pay for things by borrowing money and going deeper into dept.

Going deeper into debt is not a sin, not a simple mistake, and not something the U.S. government doesn’t always do — and do principally during Republican presidencies when nobody hears any complaints about it in the media. Money is not in finite supply. The Federal Reserve invents more of it when it wants to. But there are some problems with going into debt, including: (1) it costs a lot more than they tell us, because of interest, (2) it’s harder to pass through Congress, (3) it further empowers the people who loan the money, and especially (4) it creates a major lost opportunity to move funding out of places where it shouldn’t be into places where it should be. It fuels the “big government” vs “small government” debate, displacing the badly needed “what kind of government” debate.

The better course is not simply taxing the rich and corporations, wealth and financial transactions. That all needs to be done, as a good in itself, as a step away from oligarchy and monopoly. But it’s not enough, not if the U.S. government funnels much of what it taxes back into the oligarchy through corporate subsidies and spending on destructive, deadly programs, even programs risking environmental and/or nuclear apocalypse, but programs that further enrich the rich.

Biden wants to spend $1.9 trillion as a first step, to be followed by other possibly larger steps. The federal discretionary budget looks like this. Setting aside mandatory spending required by law, such as spending Social Security money on Social Security and paying the interest on past spending sprees, the money that Congress decides on each year is currently spent as follows:

$595 billion on Education plus Medicare and Healthcare plus Housing and Community plus Veterans Benefits plus Energy plus Environment plus Science plus Social Security plus Unemployment plus Labor plus Food plus Agriculture plus Transportation plus International Affairs plus every tiny program too small to show up on a pie chart but dominant in media coverage of government spending.

Shifting from war industries and environmentally destructive industries (the two overlap heavily) leads to major savings on healthcare and environmental cleanup and assistance to refugees and the supposed need for yet more wars, etc. It is also the key to immediate funding.

What’s missing from Biden’s proposal and the reporting around it is that little item in the federal budget that sucks down $741 billion every year. That’s treating Veterans benefits as non-military, nuclear weapons as “energy,” the State Department as independent of the Pentagon, the secret alphabet spying and coup-instigating and drone-murdering agencies as separate, Homeland Security as having something to do with home economics, etc. The full cost of militarism is well over $1 trillion every year. The “militarized budget” including all militarized activities and costs is 64% of discretionary spending.

That spending is immoral, counterproductive, environmentally destructive, eroding of liberties, fueling bigotry, economically destructive, and politically unpopular. It’s also “permanent.” The $4 trillion piled up by U.S. billionaires must be taken away from them, but cannot be taken away from them more than once. The $4 trillion spent on militarism every 4 years is spent on it again the next 4 years. If you move 10% of military spending to human and environmental needs every year, you get $100 billion the first year and every subsequent year. So, the second year you have $200 billion to put to good use that year and every subsequent year. After decades of watching military spending increases increase wars, rather than somehow prevent them, and understanding that the spending itself has killed far more people than the wars, and seeing how much good just not spending dollars on the military does for the environment and the economy and transparent government, never mind the good that can be accomplished by redirecting those funds to positive actions, we have a responsibility when it comes to spending money to take at least some of that money out of the military.

The United States is rolling in money. Much of it is in the hands of the super-wealthy, much of it in the hands of the weapons makers (two groups with a lot of overlap). The savings involved in redirecting money to peaceful purposes is so huge that not one single person has to suffer in the process. Central to any decent “rescue plan” or demilitarized Green New Deal or conversion to sustainable peaceful practices should be a commitment that not one single person be harmed, that no one lack anything they need to transition to new employment which they approve of at least as much as they liked their old jobs destroying the earth or distant dark-skinned children.

Pandemic rescues, economic rescues, and Green New Deals should not fail to draw on the plans and successes and scholarship that has for decades been poured into the project of conversion to peaceful industries. Congress Members elected to finally represent their constituents, and a Progressive Caucus finally claiming it will use its power, and a Military Spending Reduction Caucus finally being formed, should not fail to make clear to President-Elect Biden that only a commitment to take 10% of military spending and put it to good use will get his spending plans through Congress.

David Swanson is an author, activist, journalist, and radio host. He is executive director of WorldBeyondWar.org and campaign coordinator for RootsAction.org. Swanson's books include War Is A Lie. He blogs at DavidSwanson.org and WarIsACrime.org. He hosts Talk Nation Radio. He is a Nobel Peace Prize nominee, and was awarded the 2018 Peace Prize by the U.S. Peace Memorial Foundation. Longer bio and photos and videos here. Follow him on Twitter: @davidcnswanson and FaceBook, and sign up for: Activist alerts. Articles. David Swanson news. World Beyond War news. Charlottesville news.
Do you like this post?
Tweet