Struggle for A World Without Walls 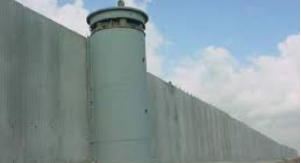 The walls rise up in the dry arid land, marching over the hills, cutting through cities and towns, destroying farmlands, ancient orchards, wetlands, tribal lands, nature preserves. They are punctuated by watchtowers, border patrols and soldiers, keeping people from crossing arbitrary lines in the sand. Those who dare to attempt an illegal crossing are shot or imprisoned. Some are shot just for being near the wall. It is the same ugly monstrosity in both Palestine and at the US-Mexican border.

The walls keep vulnerable people from seeking refuge and safety from oppressive governments or violent gangs, from joining family on the other side, keep the seriously ill from getting medical care, keep desperate workers from jobs across the border. They create a physical and psychological prison as people struggle to survive and to improve their lives.

There are nearly 70 such walls across the world. India has built a wall around Bangladesh to prevent climate refugees from crossing when their lowlands are flooded from climate change with rising seas and monster monsoons. Myanmar has built barriers and fences to inhibit the minority Rohingya population from crossing into Pakistan and India to escape murderous government forces trying to exterminate them. The walls tear through people’s lands and lives, ripping them apart. President Trump held up Israel’s walls as a model for expanding the US/Mexico border wall and was cheered on by Israeli Prime Minister Netanyahu. And the connections go even deeper: the land split by the US/Mexico border wall is lined with towers patrolled by Israeli weapons manufacturer Elbit Systems, while Caterpillar and Israeli companies Elta and Magal are vying for contracts to build the wall. In addition, Israeli soldiers are actually training the US Border Patrol.

When people chant "from Palestine to Mexico, all the walls have to go," it is more than just a slogan. It is a shared reality of colonization and corporate exploitation that translates to a shared struggle for liberation.

—US Campaign for Palestinian Rights

In an inspiring new alliance, The US Campaign for Palestinian Rights has been joining in solidarity with activists along our southern border with Mexico to oppose the walls and the oppression of Central American and Mexican migrants trying to enter the United States. Many people from the US Campaign have traveled to the border and some have joined immigration activists in Mexico. In October 2017, grassroots leaders from Mexico, the U.S., and the Tohono O’odham Nation (which overlaps Arizona and Mexico) traveled through Palestine connecting with activists in their fight for a World Without Walls. They are committed to a joint struggle with the Palestinian People.

The US Campaign for Palestinian Rights states, “Global action is needed to achieve a world without walls - where people can be seen as the human beings they are, with full human rights, and not as threats to be denied, rejected, and discarded.”

Note: The Trump administration recently issued an order authorizing troops at the border to use deadly force against migrants. This is not only alarmingly dangerous, it violates the critical law that keeps the military completely separate from domestic law enforcement. 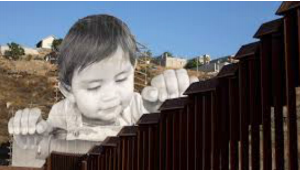